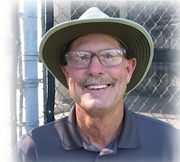 Mark Hirtler
Mark is a Pro-level 1, United States Professional Tennis Association (USPTA) Tennis Teacher. He grew up playing competitive tennis in Orange County, California and has been teaching tennis professionally for the past 25 years. His gifts of communication allow him to work with students of all ages and abilities and to help each and every one achieve their very best.

Mark is a past President of the California United States Professional Tennis Association and a former member of the National USPTA Executive Committee.

A dedicated teacher, Mark loves the challenge of working with players who are motivated to improve. His coaching philosophy is “Never give up” and “Strive to be the best that you can be”.